Ubuntu can work with many portable devices, including portable audio and video players, handheld computers, cameras, mobile phones, and various gadgets that combine these functions.

The iriver T10 often ships in MTS mode which only works with proprietary software. Using the windows firmware upgrade tool, you can switch it to UMS mode. It will then work in Linux as a USB mass storage device. See

here for instructions to switch from MTS to UMS mode. 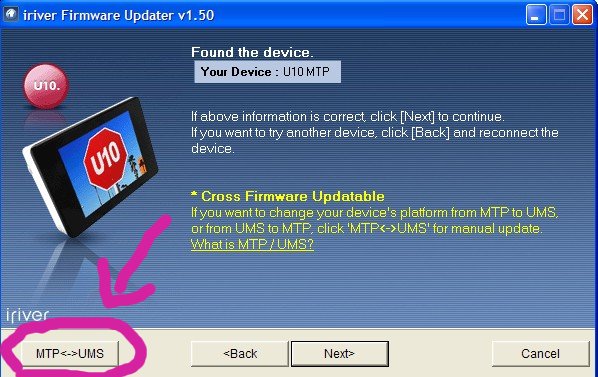 Alternatively, you may use free-libre tools to use your T10.

You can reportedly use gPhoto2 to copy files to the device in MTS mode. It may be possible to upgrade the firmware that way. See

Ubuntu lacks official support, but can be made to work with the M:Robe using some unofficial packages provided by 'Rick in Sweden'. See his posts on the

Neuros Audio's Digital Audio Computer works with Ubuntu (I assume...) as there are packages available for sorune and positron, both of which can be used to update your Audio Computer, and obviously Ubuntu completely supports Ogg Vorbis straight out-of-the-box because it is one of the FreeFormats.

The Neuros 442 Digital Media Computer (which I believe is a branded version of a more general player since I have seen almost identical offerings from names such as Commodore) will work in Ubuntu just like any regular USB drive and appear in the /media folder.

You can sync email, contacts, calender appointments and more between Evolution and your Palm. Support to do this is inbuilt into Evolution. To install see: PalmSync.

Ubuntu does not work with Windows Mobile 5 currently, although support is being worked on for the next version of the MultiSync's SyncCE plugin. Until that suport comes, there are two possible solutions:

You can transfer music, images and themes to the LG Chocolate without any additional software. Just plug the phone in via the included cable and drag the files into the relevant folder in the USB Device that appears on your desktop.

You can transfer music and images from your SonyEricsson phone using the standard USB cable. Ubuntu will detect the media and guide you step-by-step through the process. A USB Device will also appear on the desktop for transferring files the other way. It is worth noting that only files stored on the Memory Stick are available via USB, although it is possible to move files between the Memory Stick & phone memory using the options on your mobile.

Blackberry functionality is limited to community support. There is currently (as of March 2007) no known official Linux support from RIM. Blackberry devices are not Ubuntu certified hardware either. If you are using a Blackberry and would like it to work in Ubuntu, let RIM know about it.