Ubuntu's commitment to only include completely free software by default means that proprietary media formats are not configured 'out of the box'.

By following the instructions below, Ubuntu can play the most popular non-free media formats, including DVD, MP3, Quicktime, Windows Media, and more. If this seems like unnecessary work, remember that Ubuntu is limited by patents and license restrictions in some countries, which make it illegal for Ubuntu to include them. Avoid formats suppressed by DRM (Digital Rights Management, or Digital Restrictions Management), as they are often unplayable.

Free Software Philosophy and the FreeFormats page for a more comprehensive discussion of these issues.

After following these steps you'll be able to play most common multimedia formats, including MP3, DVD, Flash, Quicktime, WMA and WMV, including both standlone files and content embedded in web pages. 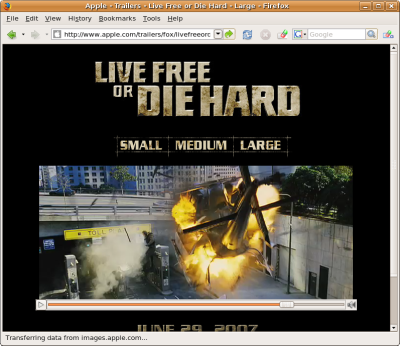 Install the following packages to play most proprietary formats using the Totem and Rhythmbox applications, both of which are included in Ubuntu by default. Since the version of Totem that comes with Ubuntu does not yet play DVDs, the list below also includes packages for the GXine and Ogle players, which do.

The Ubuntu and Kubuntu Media Players

These media players support free formats (Ogg Vorbis, Ogg Theora, and similar formats) 'out of the box'. However, they can also play most non-free media formats if you install the additional gstreamer (for Ubuntu only) or libarts (for Kubuntu only) packages listed above.

See MultimediaApplications for an overview of the most popular media players for Ubuntu and Kubuntu.

Warning: EasyUbuntu and Automatix are third-party utilities for installing the most commonly requested applications in some Debian-based distributions. They are not supported or recommended by Ubuntu. While they work well for many users, they have also been known to corrupt systems and leave them in a state where they cannot be upgraded to a later Ubuntu release.